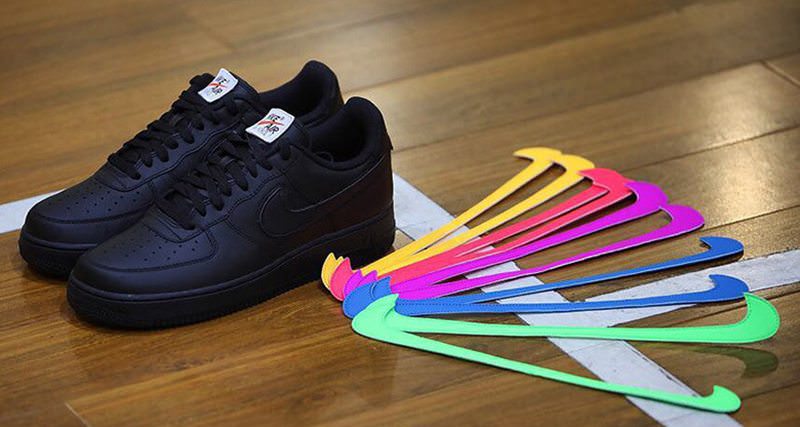 Do it yourself sneakers are officially a thing. And that’s not to say that they never were in the past, just not in the manner in which they are today. There have long been customization platforms like NIKEiD with efforts executed from a far, far digital place away. That’s recently changed for the better.

Nike’s upcoming Air Force 1 shortens the distance between you and your DIY sneakers with removable velcro Swooshes. Over black and white canvasses, a rainbow array of shades cover the Swooshes for this release that’s scheduled for February.